These rare and very striking folio copperplate fish engravings, with recent fine professional hand colouring, are from Churchill’s third edition of “A Collection of Voyages and Travels,” and feature in the second section, “Mr. John Nieuhoff’s Remarkable Voyages and Travels to the East Indies.”  Published in London in 1744.

Johannes Nieuhof (1618 -1672), was a merchant, draughtsman and sailor, who wrote about his travels around the world. At 22, he left his home and spent most of his life abroad, employed by the Dutch East India Company.

“Nieuhof provided a first-hand and realistic glimpse into the East Indies long before English accounts by Stamford Raffles and William Marsden were published. His travel accounts were published at a time when numerous travel literature “on the exotic lands newly discovered in Asia, Africa and the Americas” were produced by Europeans. Although there were earlier Dutch accounts of the East Indies before Nieuhof, his work is still influential and significant for being one of the few Dutch works to become part of the standard English travel literature and for its “lively, first-hand” accounts and remarkable illustrations.”

Compiled by Awnsham and John Churchill "this is a very valuable collection, both for its range of coverage and for the fact that it gives the original accounts... the third edition is considered to be best because of its greater inclusiveness and its copious index" (Hill). 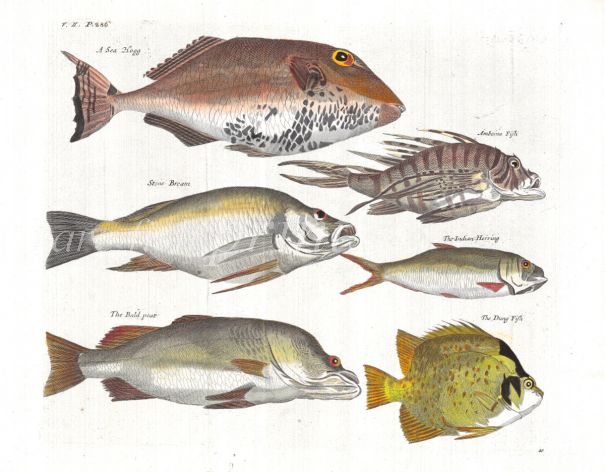 Move your mouse over image or click to enlarge